Founded in 2020, the Diversity, Equity and Inclusion (DEI) Coalition at Indiana University School of Medicine strives to enhance the school's efforts to increase representational diversity, improve the academic learning environment, and provide high-quality training in diversity, equity, inclusion, and justice for our medical students through an alliance of student leadership from organizations supported by the Office of Diversity Affairs.

The DEI Coalition at IU School of Medicine seeks to encourage, enable, and empower the community on schoolwide diversity initiatives through recommendations, projects, events and activities in areas including but not limited to: 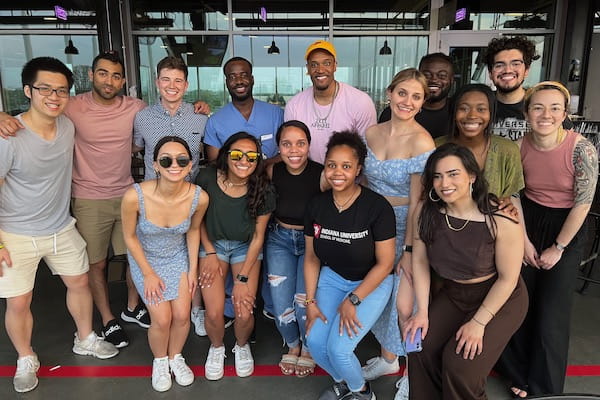 The Diversity, Equity and Inclusion Coalition at IU School of Medicine supports medical students from minoritized groups and demonstrates how powerful student voices can be in creating institutional change.

Apply to join the DEI Coalition during Spring or Fall Interview Day. To be eligible, you must be a member of one or more of the established affinity organizations, and in good academic standing.

Join a DEI Coalition subcommittee! We have many subcommittees revolving around recruitment, retention, and promotions; DEI training; academic curriculum; community engagement; and collaboration and finance.