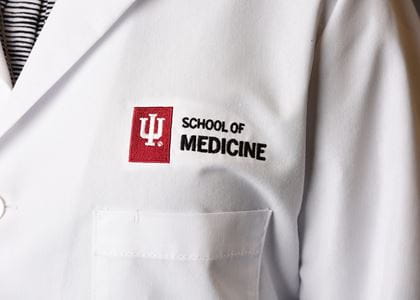 Last fall, hundreds of learners, faculty and staff participated in a series of town hall sessions focused on diversity, equity and inclusion at Indiana University School of Medicine.

Input received during what school leaders called a “listening tour” helped to provide insight into the areas many attendees believe need to improve – changes that will help to ensure that everyone in the school community, including faculty, staff and learners on each of IU School of Medicine’s nine campuses, feel welcomed, valued and heard.

These town halls were the result of a renewed focus on diversity efforts at the school, following the racial reckoning that swept the United States in the late spring and summer months of 2020. This past summer, IU School of Medicine Dean Jay L. Hess, MD, PhD, MHSA, announced a number of actions to be implemented in the next year.

Along with the appointment of Patricia Treadwell, MD, professor emeritus of pediatrics and dermatology, as the inaugural chief diversity officer and special advisor to the dean, Hess also announced the formation of three Diversity Task Forces.

These task forces are charged with evaluating existing data on the state of representational diversity at IU School of Medicine and making recommendations for new climate assessment methods; creating opportunities for increased training on unconscious bias, microaggressions, cultural humility and bystander interventions; and updating the IU School of Medicine Honor Code and creating educational materials and resources about professional behavior.

After months of meeting, those task forces—made up of a wide range of participants including faculty learners and staff—have shared the first quarterly update of the initiative. Highlights of the full report include:

The Honor Code Task Force completed a Strengths, Weaknesses, Opportunities and Threats (SWOT) analysis on the current IU School of Medicine Honor Code. Based on the analysis, as well as other conversations held over the past months by the task force, a draft revision of the Honor Code was written, and is under review by the task force. Along with the revision, the group also plans to draft a companion policy explaining how the Honor Code is to be used.

The task force determined that a diversity item should be added to the faculty annual review form. The group also decided that an IU School of Medicine leadership competency model should include specific competency focused on diversity, equity and inclusion (DEI). Previously, this was embedded in other competencies. Along with these additions, the group took an inventory of all DEI trainings offered at the school.

The Data and Climate Task Force worked to create a DEI dashboard highlighting representational diversity, equity process indicators and inclusive climate proxies for students, trainees, faculty and staff. This dashboard is under review, along with all existing surveys and DEI questions/elements at the school.

As the Diversity Task Forces continue their work, school leadership prepares for another round of Diversity Town Halls, scheduled for: ·

Tuesday, February 9: 8-9 am - Register to attend this session