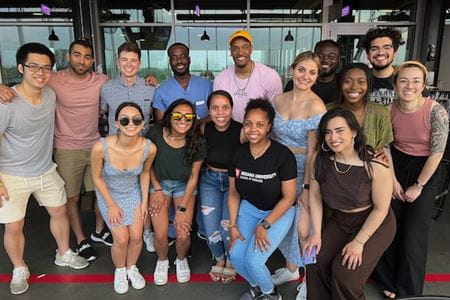 When Deena Mohamed was in fifth grade, her class planted a sapling at a local park. On a recent visit back to the park, she enjoyed the shade of that now tall tree.

The experience serves as a metaphor for Mohamed’s work with the Diversity, Equity and Inclusion (DEI) Coalition at Indiana University School of Medicine, which she co-founded in 2020. A former medical student, Mohamed is gratified to see the coalition grow as it unifies student-led initiatives aimed at improving representational diversity, creating an inclusive community and advocating for justice.

Alvaro Tori, MD, associate dean for diversity affairs, serves as the faculty advisor. When Mohamed approached him about forming the DEI Coalition, he immediately saw the value from the perspective of school leadership.

“Sometimes we might not be aware of what’s happening in each classroom and hallway, or on each regional campus. We don’t know if our school’s diversity initiatives are reaching everyone we intend to serve,” Tori said. “This is a great opportunity to have a closer connection with students working on DEIJ initiatives. We can’t serve them well if we don’t involve them in our conversations and our decisions.”

What is the DEI Coalition?

The DEI Coalition is a centralized advocacy group aligning five student interest groups supported by the Office of Diversity Affairs at IU School of Medicine:

The coalition consists of the DEI Chair and 10 vice presidents who encourage and oversee schoolwide diversity initiatives through recommendations, projects, events and activities in the following areas: recruitment, admissions and retention; campus climate; DEI training; academic curriculum; community engagement; and finance and collaboration. Each month, the executive board and liaisons from each of the diversity affinity organizations gather to discuss and develop plans for joint initiatives.

“The monthly meetings are like a think tank where everyone brings ideas,” explained DEI Coalition Chair Trilliah Fazle. “It’s an opportunity for networking and event planning and increasing camaraderie.”

DEI Coalition strives to increase camaraderie among student interest groups and to ensure diverse student voices are included in schoolwide DEI initiatives. The coalition was invited to review language for a new curriculum competency in health equity, and Fazle serves on the search committee for the school’s first executive associate dean for diversity, equity and inclusion.

“Since our founding, we have had a lot of faculty and administrative affairs leaders reach out to us to get our perspective on various topics,” Fazle said. “Our voices are now being heard in rooms they weren’t previously being heard in.”

Why was the DEI Coalition formed?

Incidents of racial injustice across the nation during the summer of 2020 triggered protests and marked a turning point for minoritized voices to be heard. Many student groups at IU School of Medicine began working on justice initiatives, but their efforts were not coordinated. 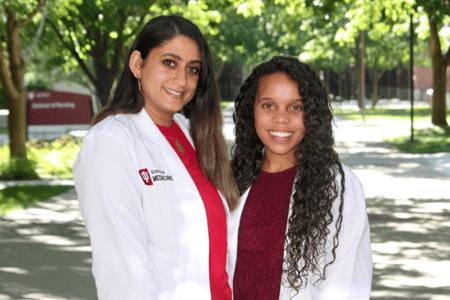 The president of Medical Student Council (MSC) reached out to Mohamed, proposing that MSC be the voice for underrepresented medical students.

“They only had one person of color, an Asian American, on their board and did not have any position dedicated to DEI, so we said, ‘No, you cannot be our spokesperson,’” Mohamed recalled.

Instead, Mohamed formed the DEI Coalition and became the first vice president of DEI on the MSC executive board. The coalition’s founding leaders also included Fazle, Matthew Wilcox and Darren Bost Jr., all of whom served on the SNMA board. Leaders from other student organizations quickly came onboard to represent additional student populations whose identities have been historically underrepresented and marginalized.

The DEI Coalition “will create a space for these students to feel safe and understood during their time at IU School of Medicine and will hopefully create doctors who are culturally competent and can respectfully and properly care for all people,” said third-year medical student Jay Chopra, secretary of Alliance and vice president of academic curriculum for the DEI Coalition.

“Our goal is to create an environment of cooperation and camaraderie, with the intention of promoting the inclusion of Latinx individuals in the healthcare field, and to create a new generation of visionary leaders,” Perez said. “I think it's important that LMSA be a part of the DEI Coalition because our goals of promoting diversity and empowering our members align.”

APAMSA is IU School of Medicine’s newest student interest group, barely getting off the ground in 2020 before the COVID-19 pandemic shut down in-person gatherings—and fueled anti-Asian racism. The invitation to join the DEI Coalition provided a needed support network.

“It was amazing to be able to look to other student leaders to draw inspiration from,” said Manda Wang, APAMSA co-president and DEI Coalition vice president of social media and communications.

What is the vision of the DEI Coalition?

Creating systemic change takes time. The problem is, medical students are busy, and they’re only around for four years before they head off to residency programs. 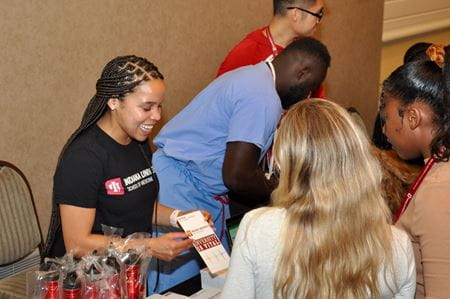 To ensure their work is sustained, DEI Coalition leaders have welcomed first- and second-year students to join their efforts. New vice president positions and sub-committees have been added as areas of concern have emerged.

“Much of our work that is ongoing is primarily focused on either decreasing bias or increasing support for students experiencing challenges,” explained Margaret Bello, vice president of DEI Training.

One of the coalition’s major focus areas is recruitment, retention and promotion of individuals from underrepresented and traditionally marginalized backgrounds. Another vice president works with regional campus representatives to ensure all IU School of Medicine campuses offer an inclusive climate. Other committees work on diversity training, curriculum enhancements and community engagement. The newest leadership role is a vice president of collaboration and finance to ensure the DEI Coalition is connected and supported for years to come.

“We are here because we’re passionate and want to see sustainable change, so we need to make sure the work we’re doing is collaborative and the time we’re spending is efficient,” Fazle said.

Mohamed knows the coalition she started will continue its meaningful work for years to come.

“I’m proud of the legacy I’m leaving. It’s a combination of many people’s hard work and persistence,” she said, adding, “I hope, over time, in our community, we won’t have to have something specific for DEI because DEI is integrated in our way of doing things.” 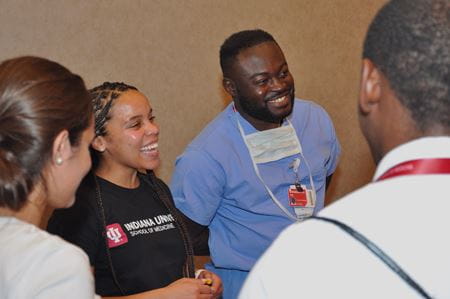 Tori sees the work of the DEI Coalition enriching many schoolwide DEI initiatives.

“In the past, conversations around DEIJ happened mostly among minoritized individuals. Now these conversations and actions are happening in every corner of our institution and not just among individuals from minoritized identities, but everyone—in conference rooms, in classrooms, in clinical settings and research settings,” he said. “That’s what keeps me optimistic.”

Tori appreciates the way students have stepped up as advocates for systemic change.

“They don’t just voice their concerns, but they bring strategies with them,” he said. “They collaborate with leadership to find a solution together. They’re challenging that status quo, and they’re challenging us all to be better. I truly commend them for that. Their voice is extremely powerful.”