A Non-Linear Path to Success 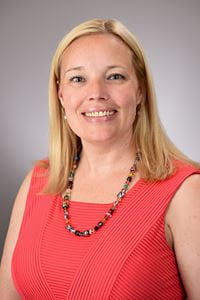 Devon Hensel’s research focus has always been in sexuality and sexual health. In fact, it’s how she got her start in the Department of Pediatrics - working during her graduate studies with Dennis Fortenberry, MD, former division chief of Adolescent Medicine, on sexual health research, followed by a two-year post-doctoral fellowship.

Her position within the Department is unique in that she fills a faculty role within a mostly clinical department but is not a clinician, she’s a sociologist. Her time is focused completely on research and teaching - having a dual appointment with the Department of Sociology. Hensel is able to teach classes in Sociology and use examples from her own day-to-day research in the classroom. She also mentors students on how to perform research and build research studies as well as performing data analysis.

Her work leads to connections all over our department, one of those connections being with Pediatric Urology. Hensel’s work with their group led to the idea of developing a study tracking daily updates about incontinence in the lives of patients with spina bifida. While physicians in the clinical setting receive updates from their patients with estimates about the number of times that may have experienced this since their last visit, a longitudinal study had never been done. More importantly, a study had not been done that met patients on their level and made it convenient to participate in a research study. Dr. Hensel’s co-Investigator on this project is Konrad Szymanski, MD.

Hensel received IRB approval for her study and a few hours later IU Health shut down in-person clinics because of COVID-19, eliminating her initial plan for how to enroll participants. But one factor that made this study unique was how it was being conducted once patients were enrolled. Hensel noted that in 18-25 year-old spina bifida patients, the group that they were planning to study, a common factor in nearly 90% of those patients was that they used smartphones or tablets in their daily lives. With numbers like that, it made sense that they needed to make participating in this study something that was easily accessible to these patients. Hensel’s team set up a system that allowed patients to receive daily texts with a link to update a virtual diary about their incontinence experiences. This approach is referred to as ecological momentary assessment.

With the added hurdle of COVID-19 preventing in-person sign-ups, Hensel’s team was forced to go completely virtual for this study from enrollment, to participation, to payment of participants. But what could originally be perceived as an inconvenience, actually turned out to be a blessing. As advertising for their study expanded, including a call-out on the Spina Bifida Association of America Twitter account, the demographics and location of study participants expanded. Original plans for the study were to include spina bifida patients ages 18-25 in Indiana and surrounding areas. The study is now accepting spina bifida patients 18 and older all over the world - some being from the UK, New Zealand and even South Africa. Hensel’s original hope was that the study would have 50 participants; they have now enrolled 80+ participants. As more and more people found out about the study, they were excited to participate and be a part of the research taking place.

“It’s been amazing to watch how much of an impact this had on the people that are involved. Overwhelmingly people have said [in their study exit surveys] ‘I’m so excited to be involved, I’m going to tell my friends about this.’ So this has started a conversation online about how people can get involved,” she recounted. Hensel has even had participants reach out to her and her team asking to be a part of future research.

Not only did Hensel and her team come up with an inventive way to reach research participants, they were able to collect data that has never been collected before - it’s the first in the world of its kind. They currently have several papers and a presentation in November in the works to share their findings with the scientific community. This study has led to new research ideas that Hensel hopes to be able to pursue.

When asked what her number one piece of advice for new researchers was, Hensel was quick to point encourage - “Embrace the nonlinearity of where your career takes you. In the first year of my faculty position, I had a very specific idea of what my career would look like...Some of the most exciting stuff that’s continued to make me think and stretch my abilities both as a researcher and as a scientist is the unexpected opportunities.”

Ashley Dummer is a Communications Specialist in the Department of Pediatrics. She has worked in Pediatrics since graduating with her degree from Indiana University.