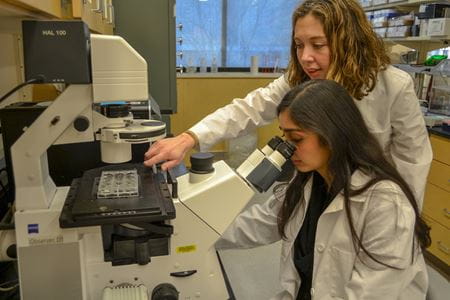 Diabetes researchers Emily Sims, MD, and Anisha Gohil, DO, in the lab

After completing residency in pediatrics and a fellowship in pediatric endocrinology at Indiana University School of Medicine in 2013, Emily Sims, MD, was eager to make her mark on Type 1 diabetes research. Fast forward to 2022, and Sims, now an associate professor of pediatrics, is a key contributor to the TrialNet research team celebrating Federal Drug Administration approval of a new immunotherapy drug that delays the onset of Type 1 diabetes in at-risk children and adults by nearly three years.

“Since the early ’90s, people have been trying to delay the onset of Type 1 diabetes. This is the first successful drug to do that,” Sims said. “People in the field are super excited!”

The story of how Sims went from a newbie researcher to a player in the most significant advance in diabetes in recent history includes a heavy dose of mentorship. At the IU Center for Diabetes and Metabolic Diseases (CDMD), where Sims is an investigator, there is a culture of collaboration. Senior scientists come alongside early-career faculty to support their growth and curiosity. 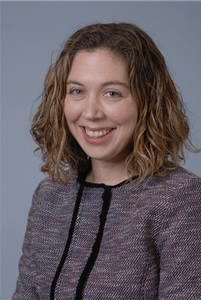 Back in 2015, Sims received one of her earliest research grants from the CDMD’s Pilot and Feasibility Program. Today she’s a National Institutes of Health (NIH)-funded researcher studying dysfunction of beta cells—the cells in the pancreas that produce insulin.

“As a young investigator, it makes a big difference to have that seed money to develop the data and information you need to go for those bigger grants,” Sims said. “Sometimes in science, you have a risky or big idea you want to try, so having some additional funds allows you to take those risks that might lead to really exciting discoveries.”

Each year, the CDMD awards six $50,000 grants to advance studies related to diabetes and metabolic diseases. To date, the Pilot and Feasibility (P&F) Program has awarded $1.3 million to 26 investigators from IU School of Medicine and other institutions throughout the state, including regional IU campuses, the Indiana Biosciences Research Institute and Purdue University.

“We’re taking individuals who are new to diabetes research, who have these great ideas, but there’s no way they’re ready for primetime—they can’t just submit a grant to the NIH and ask for $1.3 million to do their study. They really need seed money to collect the critical data first,” explained P&F Program Director Jeffrey Elmendorf, PhD.

The return on investment has been $30 million coming back to IU in NIH funding to these same investigators as they gain experience and delve deeper into many niches of diabetes research. “A key metric that shows the success of our center is the number of early career investigators that we are able to support as they build their own lab groups and go through promotion and tenure” said CDMD Director Carmella Evans-Molina, MD, PhD, MS. “We keep adding to the research cores with new technologies and services to really stay on the forefront of what is state-of-the-art for diabetes investigators and diabetes research.”

The CDMD includes about 100 researchers and is among the top-rated of 18 NIH-funded diabetes centers nationally.

“I found that once I was able to get some practical guidance from people who had a lot of experience with molecular biology, and with the resources available at IU, I was able to really grow my molecular toolkit,” said Sims, who flourished under the mentorship of Evans-Molina and other diabetes researchers. “I hope that I can provide that same guidance for people who have had a translational idea brewing for a while but are just not sure where to start.”

Sims and Evans-Molina were part of the TrialNet research team which conducted clinical trials and analyzed data for teplizumab—the first preventative drug for Type 1 diabetes, approved by the FDA on November 17. Long-term follow up with trial participants showed teplizumab delayed the onset of Type 1 diabetes in at-risk individuals by an average of 2.7 months. 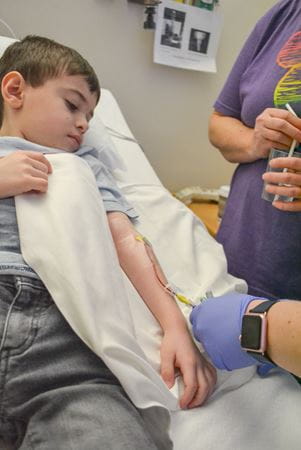 “Nearly three years delay in the onset of disease is a big deal,” Sims said. “Even if someone has the newest technology to deliver insulin, there’s still a huge financial and psychological burden that goes along with diagnosis.”

Jamie Felton, MD, another diabetes researcher and onetime P&F awardee, will help deliver teplizumab’s benefits to children and adults determined to be at high risk for developing Type 1 diabetes. Felton has been named director of a new clinic at Riley Hospital for Children at IU Health serving at-risk individuals—those who have two or more autoantibodies, abnormal blood sugar levels and relatives with Type 1 diabetes.

“We’ve been able to identify people who are at risk for Type 1 diabetes for decades, but until now, we haven’t had anything to mitigate that risk, which leaves families just waiting for disease to develop. To be able to discuss this as an option for delay in diagnosis is incredible,” said Felton, assistant professor of pediatrics and a physician scientist with the CDMD. 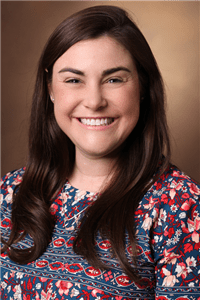 As someone living with Type 1 diabetes since age 11, Felton is excited, noting, “it’s just the beginning” for immunological interventions to prevent or reverse the progression of Type 1 diabetes.

Now a funded researcher through the NIH, the Juvenile Diabetes Research Foundation (JDRF) and the Helmsley Charitable Trust, Felton got a kickstart to develop her lab at IU with a P&F grant in 2019.

“It was really instrumental for me to be able to feel supported by the institution and to have the financial resources to get my lab and my research going as I moved from another institution,” Felton said. “Having my work reviewed by senior colleagues and deemed worthy of funding was a confidence booster. I was fortunate to have that springboard.”

Exploring the intersection of Diabetes & Alzheimer’s

The P&F Program not only supports early-career researchers but also experienced researchers in other fields who are crossing over to diabetes. Emerging areas of inquiry include exploring how diabetes intersects with other diseases like Alzheimer’s, dementia and musculoskeletal diseases. 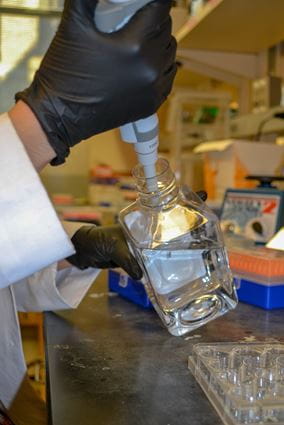 “IU School of Medicine is a world leader in Alzheimer’s research, so this intersection of Alzheimer’s disease and metabolic disease is really an important initiative for us to be involved in,” Evans-Molina said. “We are building collaborations with the neuroscience center and other centers on campus—bringing in people who have new thoughts and different areas of expertise to enrich the research in the diabetes center.”

Nian Wang, PhD, assistant professor of radiology and imaging services at IU School of Medicine, received a 2022 P&F award to study how novel MRI techniques and analysis methods could be used to identify biomarkers for alterations in both brain metabolism (diabetes) and connectivity (Alzheimer’s). Wang’s P&F grant is supported by a supplemental award from the NIH to encourage collaboration between neuroscience investigators and researchers in the diabetes center.

“In addition to early career investigators, our P&F program encourages established investigators from other fields who have a new idea related to diabetes,” said Evans-Molina.

Another 2022 P&F award winner, Ed Greenfield, PhD, is venturing into diabetes research from the musculoskeletal field. A professor of orthopaedic surgery with expertise in bone cell biology, Greenfield wants to determine how a novel antibiotic his lab is developing for use in orthopaedic surgery might work differently in diabetic patients.

“To test effectiveness of the novel antibiotic it’s important to test it in young, healthy mice but also in mice with less resistance to infection, such as those with diabetes,” Greenfield explained. “Mentors in the CDMD cores and the P&F program are essential for investigations in diabetic mice by someone like me with no prior experience in diabetes research.” 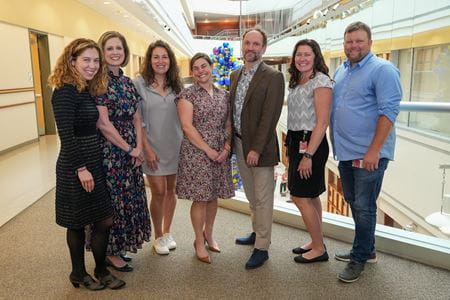 P&F fellows are invited to present their research at a national diabetes symposium hosted by the CDMD at IU School of Medicine each August. All investigators who apply for a P&F award—whether they are selected or not—are encouraged to connect with experts in the CDMD’s five research cores.

“That mentorship aspect is probably the best part of my job,” said Elmendorf, whose lab pioneered the discovery of membrane and cytoskeletal aspects of insulin resistance.

“It’s our job to nurture the careers of early stage investigators because they are the future of diabetes research,” she said. “Likewise, we know that it is important to support investigators who are new to the field because they bring fresh ideas and perspectives from different areas. We view ourselves as one collaborative and integrated team, working shoulder-to-shoulder to end this disease.” 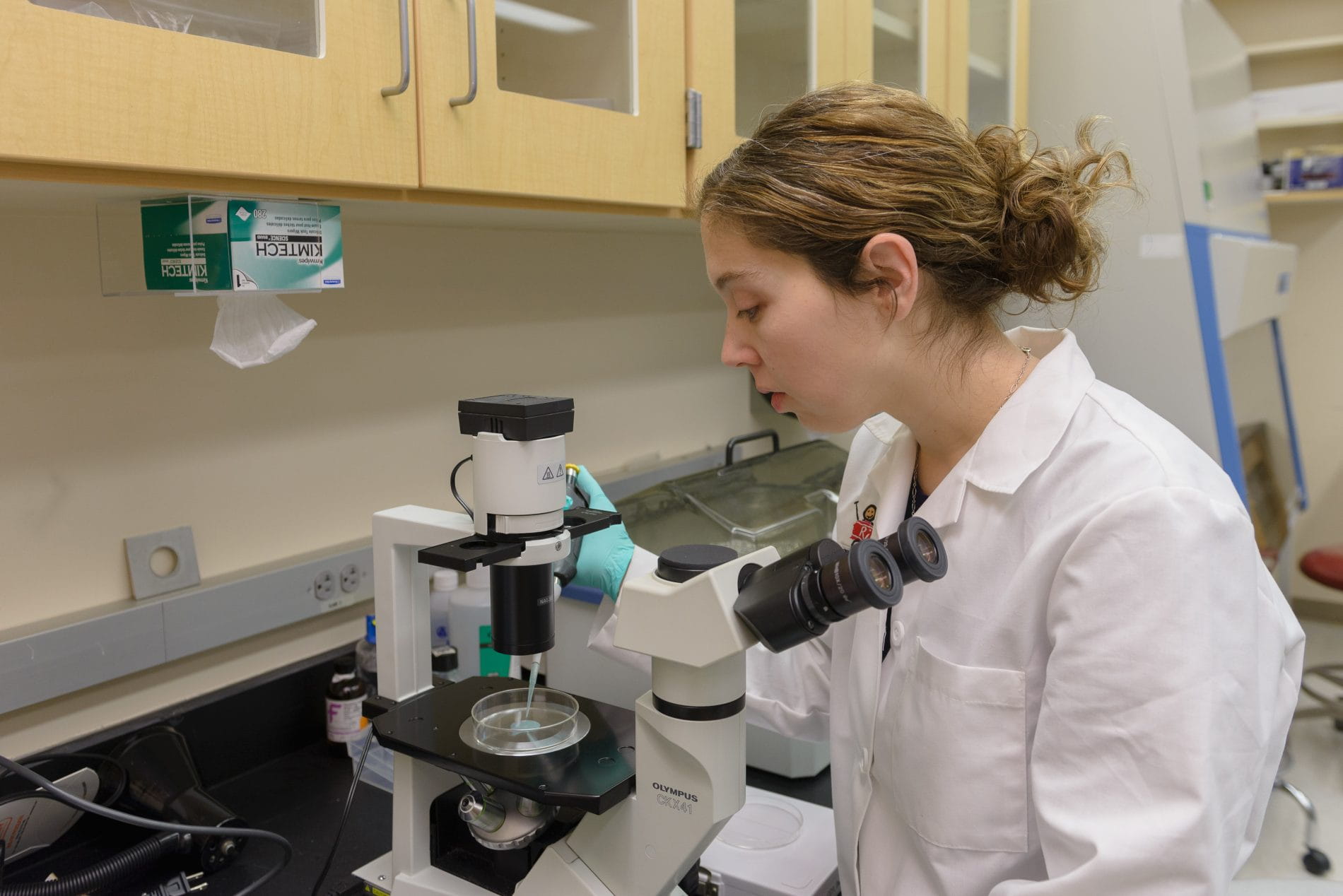 Researchers at Indiana University School of Medicine are celebrating Federal Drug Administration approval of teplizumab, a new immunotherapy drug that delays the onset of type 1 diabetes in at-risk individuals by an average of almost three years.