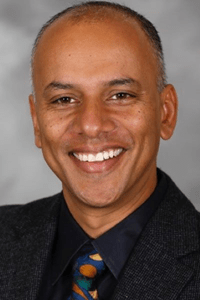 Researchers are learning more about how children’s brain development may be affected when their mother has malaria while she is pregnant, as well as the effect on children of preventative treatments for malaria during pregnancy. Chandy John, MD, Ryan White Professor of Pediatrics at IU School of Medicine, was the senior author of the study, which was done in collaboration with Paul Bangirana, PhD, and colleagues at Mekerere University in Uganda, and was recently published in Clinical Infectious Diseases.

Previous research had established that children had worse cognitive outcomes when their pregnant mother had malaria, so this study explored behavioral outcomes, as well as whether the preventative treatment for malaria would affect the children’s brain development.

More than 300 pregnant women were involved in this five-year study. Each of them was randomly assigned to a specific preventative treatment for malaria during their pregnancy, and each of the children involved was also randomly assigned a preventative treatment for malaria. The children were then evaluated for language, motor functions, and cognition starting when they were one year old. Researchers also screened the children for attention, memory and behavioral issues when they were two and three years old. More effective malaria prevention greatly decreased malaria in mothers and children, but better prevention did not lead to better cognition or behavioral scores.

“One of the challenges we faced was that most of the mothers (57%) had malaria already when they started participating in the study,” said John, who is also the director of the Ryan White Center for Pediatric Infectious Disease and Global Health at IU School of Medicine. “This study shows us that we may need to work on malaria prevention even earlier – before conception – to make a difference in a child’s neurodevelopment. This is obviously tough, since women can’t necessarily predict when they will get pregnant, but we know there are benefits to preventing malaria for entire families, so we will continue to do more research in this area.”

Malaria is one of the leading causes of death globally among children under five years old. The disease spreads to humans when an infected mosquito bites someone. According to the World Health Organization, 95 percent of malaria cases in 2020 were diagnosed in Africa, and 627,000 people died from the disease that year.

This study is one of several in which John works with colleagues around the world and in Indiana to minimize the incidence and improve outcomes for people with malaria. John also serves on the advisory board for the Fogarty International Center at the National Institutes of Health.