Faculty bringing a new focus on ethics, diversity, equity and inclusion in the anatomy field 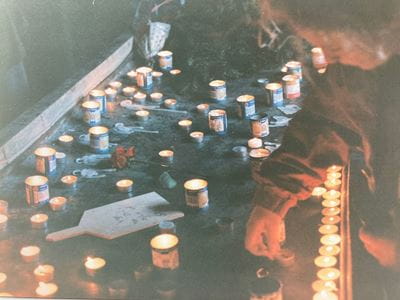 Dissection table near one of the crematoria at the Auschwitz concentration camp. The placard next to the table read: ‘The Dissection Table. Bodies were dissected in order to find possible valuables; gold and silver teeth were extracted.’ (Photo by Jason Organ, 1994)

As a child, Amber Comer, JD, PhD was close with her grandfather. A Holocaust survivor, he lived with her family and told her stories about being taken from his parents and placed into a workcamp by the Nazis. Eventually, he was able to escape and joined the British army where he fought as a gunner for the rest of the war.

“He was just this phenomenal person who had such an extraordinary life,” Comer said. “Because of him, I personally have seen and understand what can happen when there’s prejudice and hate in the world.”

“As we have fewer and fewer survivors alive to tell their stories, I find it the responsibility of the next generation, the ones who bore witness to the survivors’ stories, to keep their memories and stories alive,” Comer said.

Now, she’s teaching medical professionals across the country about the importance of diversity, equity and inclusion in the anatomy field as a co-guest editor of a new special issue of The Anatomical Record, which is the premier journal of the American Association for Anatomy, the leading international society for anatomy research and education. The special April 2022 issue, called “Evolution of a Discipline—The Changing Face of Anatomy,” traces the history of anatomy and addresses the ethical dilemmas faced as a result while also proposing how the discipline can move forward to create a more diverse, equitable and inclusive future. 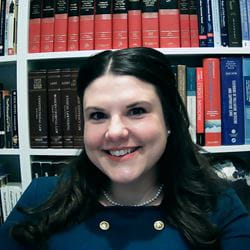 Comer joined Jason Organ, PhD as co-guest editor of the special issue. Organ, an international leader in anatomical sciences education, is an associate professor of anatomy, cell biology and physiology at IU School of Medicine, and associate editor for The Anatomical Record.

“I learned about the connection between the Holocaust and anatomy at an anatomy conference ,” Organ said. “One of the major atlases that I used when I was learning anatomy uses illustrations that were made from victims who were killed for dissection purposes. It really was upsetting, as someone whose family was murdered in the Holocaust.”

Organ spent years researching the issue, and he eventually met Comer as part of the Jewish Faculty and Staff Council (JFSC) at IUPUI. The two organized a symposium in January 2020 about anatomy and the Holocaust on campus and at other venues throughout Indianapolis, including the Jewish Community Center and WFYI. After the symposium, they began discussing the possibility of editing a special issue of The Anatomical Record.

“As guest editors, we were given the charge to organize and solicit the manuscripts from authors, and to marshal them through the peer review process,” Organ said.

Organ and Comer got to work, but their plans for the issue quickly changed after the death of George Floyd while in police custody in the summer of 2020. “We realized we couldn’t talk about just one set of transgressions and do any kind of justice, so we broadened the scope of the entire thing,” Organ said. “We started looking at questions of what do we do with skeletal collections that were collected unethically? How do we use gender-inclusive language in the anatomy lab? Why do we only see images of white people in atlases? Now, we have this issue of 22 papers that deal with ethics throughout the history of anatomy and also discuss what do we do moving forward to make our classrooms more inclusive?”

Comer wrote a piece included in the issue focused on how ethics in medicine have changed, covering from ancient Egypt to modern times.

“I wrote a piece that was about the evolving ethics of anatomy through the ages and things that were done that were unethical or questionable throughout time, as well as how did society accept or not accept what was happening,” Comer said. “It looks at how we've evolved and how we've adapted to be more ethical and what are some of the current ethical issues we’re experiencing.”

Adapting the issue was a major undertaking and ultimately took two years to complete, but Comer and Organ agreed the changes were necessary.

“It's really uncomfortable to have to admit something that played such a pivotal role in educating our doctors might have been derived in such a terrible way,” Comer said. “That's always the question in medicine is what do we do with data that was derived unethically? Do we take something derived from the evil and make good of it? And if we do that, do we lose sight of the fact that it came from evil? And this special issue is exploring all of these issues—how are we going to take these lessons we learned from the past in order to create a diverse and equitable future without losing sight of where we came from?”

The publication of the issue coincides with the upcoming American Association for Anatomy annual meeting happening in April, where some of the topics discussed in the special issue will be presented.

“This issue is different than any issue that's ever been published before, because typically we focus on the science component and we fail to focus on how that science actually affects society,” Comer said. “If we don't pay attention to how our science is affecting society, then we're bound to start doing things that are unethical in pursuit of scientific gain, which is never acceptable, so it’s important we stop and focus on ethics.”

“These authors are amazing colleagues and they have written really great stuff,” Organ said. “It’s really groundbreaking and unlike anything this journal has ever published.”

But despite the groundbreaking new take on anatomical issues, Organ and Comer both stress there is still much work to be done.

“It doesn’t shy away from the bad things we’ve done in the field throughout history,” Organ said. “There are commentaries about antisemitism in anatomy, structural racism in anatomy and more, and now how do we move forward? How do you do things at the association level to change the culture?”

“I think it can have a long-term impact because I think that it plants seeds in the discipline and shows this discipline is open, eager and ready to be inclusive of all, and that it’s ready to learn from its path to not make the same mistakes in the future,” Comer said. “I think that it could be used for many years to educate our future doctors and people in medical education about how we identify when something is unethical and how do we change what we're doing.”

As Organ and Comer write in the special issue, “While this is only the beginning of our reconciliation with our past, the future certainly looks bright.”

Read the full publication on the American Association for Anatomy website.