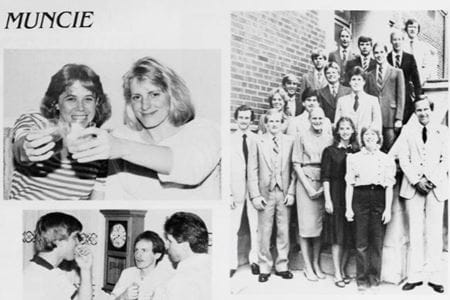 When Peter Voss, MD, and J. Matthew Neal, MD, first met, they were 5-year-olds, starting kindergarten at Muncie’s Burris Laboratory School on the campus of Ball State University. Little did they know they would still be together 55 years later—Voss serving as chief medical officer for IU Health Ball Memorial Hospital, and Neal directing residency programs as the hospital’s executive medical director for academic affairs.

As members of the IU School of Medicine Class of 1987, Voss and Neal studied together on the Muncie regional campus, and both returned to their hometown to practice after their residency training, deepening their roots and growing their commitment to improving health care outcomes in the region.

“Eight of our original class of 16 ended up staying in Muncie; at one point, I think 10 of the 16 were practicing in Muncie,” Voss said.

The Class of 1987 included Voss’ wife, Franky Voss, MD. Together, they run a Muncie obstetrics and gynecology practice started by Voss’ father. Their oldest son and his wife are now joining the practice, and another son is an IU School of Medicine student who has yet to determine if he will go into the family medical specialty.

Other members of the Class of 1987 include Lynn Witty, MD, adjunct clinical assistant professor of medicine at IU School of Medicine; Sheila Baker, MD, staff physician at the Student Health Center at Ball State University; and Neal Coleman, MD, a local anesthesiologist and pain specialist.

Jeff Bird, MD, president of IU Health Ball Memorial Hospital, was one year ahead of them at IU School of Medicine-Muncie. After graduating in 1986, Bird stayed on familiar territory for his residency in family medicine with Ball Memorial.

“Muncie is, was and hopefully will forever be my home, so coming home to do residency and practice medicine was natural,” Bird said. “Being a primary care doc in the town in which you grew up has its advantages and its disadvantages, but the good far outweighed the bad.”

Voss initially didn’t feel so strongly about studying and practicing medicine in his hometown: “Franky and I were fiercely opposed to staying in Muncie,” he recalled.

Peter had headed off to the East Coast for college at Brown University. Franky Voss was born in Muncie, grew up in northern Indiana and went to Ball State for her undergraduate degree. They may never have met if not for both being assigned to the Muncie campus of IU School of Medicine—neither’s first choice.

“Indy was my first choice—I wanted to live in the big city,” Peter Voss said. “We were one of those accidental success stories. I wouldn’t do it differently if I could.”

Their story exemplifies the success of the statewide system for medical education established by the Indiana State Legislature in 1971. The idea was to train and keep more physicians in the state by offering at least part of their medical training on a regional campus and expanding residency programs throughout the state.

“It had been hoped that the (medical) centers would attract young men and women to stay in the communities where the centers were located, by making them part of the local medical community as early as possible during their educations,” explained T. Stuart Walker, MD, Muncie Center director from 2004-2013, in a historical overview he wrote chronicling the evolution of medical education in Muncie.

50 years of medical education in Muncie

Up through the 1960s, IU had been successfully growing its medical school in Indianapolis, but then came a political push for a second medical school to be established elsewhere in the state. There was a projected shortage of physicians looming nationwide, and Indiana legislators were particularly concerned about a lack of physicians in rural areas.

Muncie was one of several cities competing to become the site of a second medical school, and the lack of consensus meant nothing was moving. Then came the idea for IU to expand its reach through regional campuses located at partner universities throughout the state. Today IU’s statewide system of medical education is a model for other states and is a big reason Indiana University boasts the largest medical school in the nation.

The Muncie medical center’s first class consisted of just four students, who observed an autopsy before registering for classes and were each assigned to round with a family practice resident. Under the direction of Charles Boyer, MD, the Muncie Center for Medical Education was housed in Ball State University’s Cooper Science Building until 1974.

The key achievement of the center’s next director, Anthony Dowell, MD, was finding the medical school a permanent home on the second floor of Maria Bingham Hall, adjacent to Ball Memorial Hospital, in the same building as a family medicine practice. The former residence hall for nursing students was renovated for the medical center, placing medical students in the heart of Muncie’s health care community.

“This made it possible for the first-year medical students to interact regularly with physicians and to see primary care medicine being practiced,” Walker wrote.

In 1980, the center’s third director, Douglas Triplett, MD, an internationally prominent hematopathologist, oversaw an expansion, not only of facilities—as the medical center took over the third floor of Maria Bingham Hall—but also of the medical school program, which went from offering just one year of studies to the first two years of medical school on the regional campus. Triplett also recruited new faculty members—rather than the previous system of “borrowing” faculty from basic science departments at Ball State—bringing a new emphasis on research.

“The students who were part of that first class in 1970-71 would scarcely recognize the Center. There were now 32 first- and second-year medical students being educated both on the two floors of Maria Bingham Hall and within the Medical Education Department at Ball Memorial Hospital,” Walker wrote.

This was the state of the Muncie campus when the Class of 1987 began their medical school journey. The cohort of 16 enjoyed close friendships and relationships with faculty, staff and preceptors. But they were required to transfer to Indianapolis for their third and fourth years of medical school.

“We had that camaraderie; we did intramural sports teams through Ball State. We tried to have lunch together every Friday,” Voss recalled of those first two years. “And we kept track of each other when we went to Indy—from 16 people to 300.”

Witty, who teaches healthy lifestyle courses and leads community engagement projects at IU School of Medicine-Muncie, recalls her time as a medical student on the Muncie campus fondly. She counts members of the Class of 1987 among her dearest friends.

“We were best and, in a way, only friends. We did a lot of things together. Two marriages came out of our small class,” she said. “We all studied differently for tests, and we certainly got on each other’s nerves, but I wouldn’t change who I spent time with—they are all special to me.”

In 2000, the medical center moved into the new Edmund F. Ball Medical Education Building, along with the family practice clinic, maintaining the close relationship between medical students and Ball Memorial’s primary care residency.

Technology is perhaps the biggest change since the Class of 1987 came to study medicine in Muncie, said Neal, now assistant dean for faculty development at IU School of Medicine. 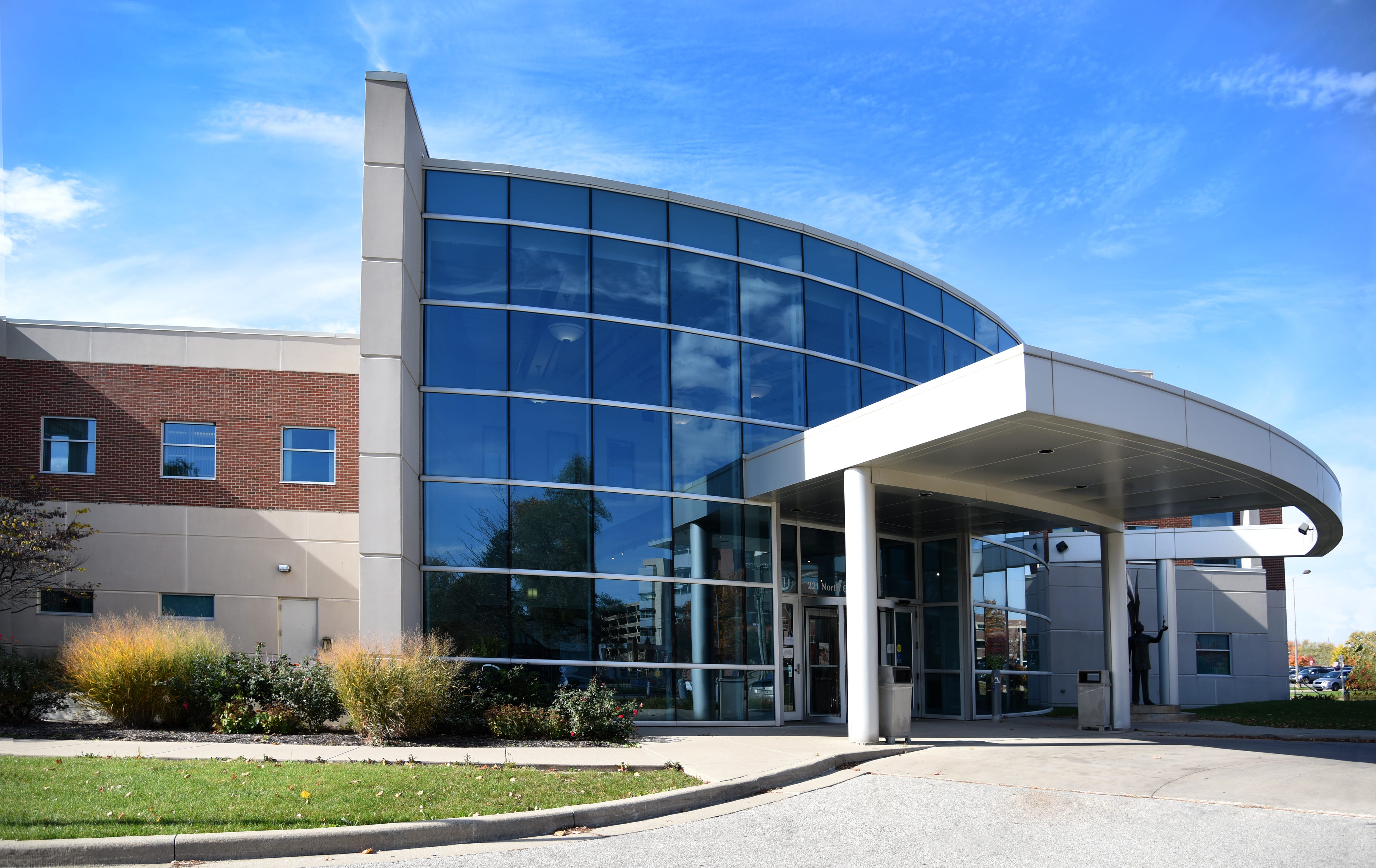 “The simulation center in the medical center is far beyond anything we could’ve imagined in the 1980s,” he said. “Ultrasounds used to be the size of a washing machine; now they can hook up to a phone.”

New technologies also allow today’s students to enjoy more connectivity with their peers at other IU School of Medicine campuses. The curriculum has been standardized with the ability to watch lectures from other campuses, and student interest groups involve members from all nine campuses through virtual meetings and multi-campus opportunities.

“Today's regional campus student has a lot more activities involving other students across the state,” said alumnus Brandon Dickey, MD, who graduated in 2004 and is now a volunteer faculty member at IU School of Medicine-Muncie and program director of IU Health Ball Memorial’s internal medicine residency. “I also notice that there are a lot more activities that involve other disciplines such as nursing students and physical therapy students.” 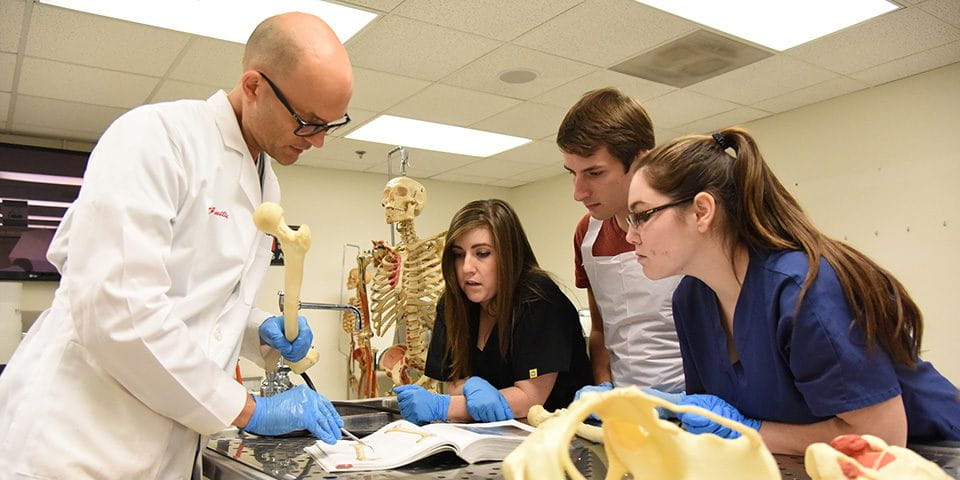 And, unlike the alumni experience of the past, today’s medical students can elect to stay on the Muncie campus for all four years of medical school, aside from a few away rotations. IU School of Medicine-Muncie Associate Dean and Director Derron Bishop, PhD, oversaw the curriculum expansion in 2013.

“We transformed from a foundational science teaching program to a full, four-year medical school experience,” he explained.

Bishop has had a front-row seat to the medical center’s growth over the last 20 years, having started on faculty in Ball State’s physiology department before becoming associate professor of anatomy, cell biology and physiology at IU School of Medicine.

“We’re the only campus that is literally embedded in the clinical environment. So, we have great geography, and on top of that, Ball Memorial has three residencies that have been up and running for over a half-century,” Bishop said. “It’s a teaching hospital, and it has been for so long—it’s just built into the culture here.”