Above and Beyond: IU emergency physician promoted to major in U.S. Air Force

Dr. Gregory Taylor in front of Air Force One

On September 11, 2022, Dr. Gregory M. Taylor was promoted to major in the United States Air Force Reserve, piloted an SR-22 Cirrus aircraft and treated military patients at Wright-Patterson Air Force Base near Dayton, Ohio, before returning to his civilian life as an emergency room physician at IU Health Ball Memorial Hospital in Muncie, Indiana, the following week.

“It was a surreal day,” said Taylor, an assistant professor of clinical emergency medicine at Indiana University School of Medicine. “My goal is to provide my patients the best and most comprehensive health care possible. Both the Air Force and IU Health allow me to do just that.”

So, how did a kid from a tiny Michigan farm town end up not only becoming an emergency medicine physician but also a military officer?

For Taylor, there have been several defining moments along the way. 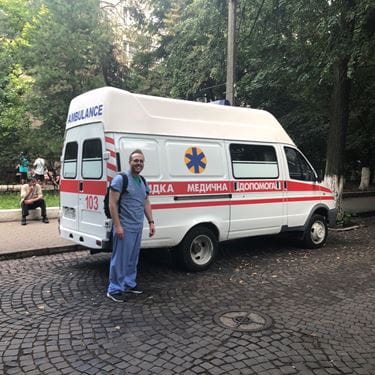 What each of these events has in common is teamwork. In the aftermath of 9/11, Taylor was captivated by how first responders, medical teams—and regular people—worked together to save lives amid chaos and rebuild after mass trauma. “Years later, we still remember the sorrow from that day, but at the same time, we remember the strength, commitment and dedication of those who responded to the tragic events,” he said.

Being part of a lifesaving team is what drew him to the ER. Going through drills as a flight surgeon and aerospace medicine specialist—including Calamityville mass casualty training exercises—has only sharpened his skills.

“In the ER, it’s people with different jobs coming together in the midst of organized chaos to save a life,” Taylor explained. “That requires a strong level of teamwork.”

Taylor didn’t win that college NCAA wrestling match, but he demonstrated perseverance and commitment to the team—qualities which have carried him through medical school, residency training, early career and Air Force Reserve duty. He will never forget his mother’s final directives before she passed from multiple myeloma days later: “Gregory, you study hard, you never give up, and know that I will always be proud of you.” 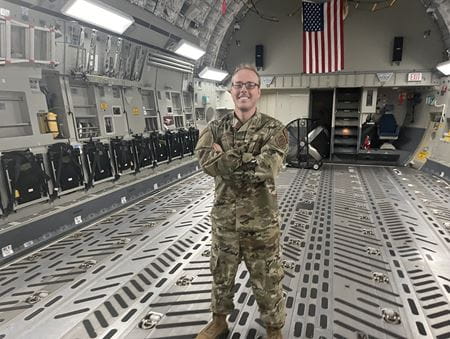 She surely would be proud of the way her son navigated his way through his double major and double minor, a master’s degree in biomedical science and doctorate in medicine, graduating with high academic honors from the Arizona College of Osteopathic Medicine of Midwestern University. He became a first-generation medical student whose parents had only high school degrees. As the oldest child in his family, Taylor forged the path for his siblings to pursue higher education.

Inspiration was reciprocated as Taylor watched his two younger brothers choose to serve in the Air Force and Navy, joining several other family members who are veterans or active-duty service members.

“Everyone has their own motivation for joining the military. For me, it was multifactorial—a sense of duty arising from patriotic family values; wanting to increase teamwork, communication, technical and analytical skills; and wanting to be a part of something bigger, a chance to utilize my emergency medicine skillset to help my fellow airmen,” Taylor said. 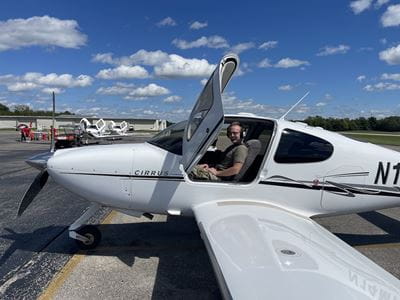 As an Air Force Reserve physician, Taylor serves one weekend a month plus two weeks a year and could be deployed in the event of war. He conducts medical exams for pilots and crew members on base, as well as before and after deployment.

“We’re here for them from the beginning of their mission to when they get home,” he said.

Taylor also logs hours with a flight instructor and eventually plans to obtain his private pilot’s license. He marveled at the history when he visited the National Museum of the Air Force during his aerospace medicine training.

“As the largest and oldest military aviation museum in the world with more than 360 missiles and aircraft on display, it was amazing to be able to trace history, see the legacy and honor those men and women who have gone before us,” he said.

‘A beautiful day to save lives’ 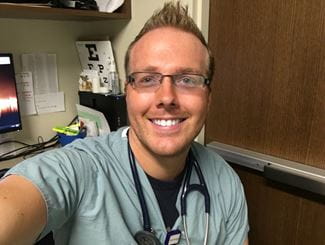 In addition to his military service, Taylor regularly contributes to medical knowledge by chronicling unique cases he encounters in the ER. He has published over 40 articles in various magazines and international medical journals and says the research involved helps him stay current on the latest medical literature, making him a better clinician.

“He brings great enthusiasm into each of his shifts. You can tell he truly enjoys his job and really likes to delve into diagnosis and the interesting and challenging cases,” said Jason Medler, MD, FACEP, medical director at IU Health Ball Memorial Hospital Emergency Department. “He brings a great work ethic.”

Taylor learned the value of hard work by watching his grandfather and learning about his life.

“My grandfather was born into poverty, lived on a dirt floor and slept in his coat to keep warm in the wintertime. When he was 8, he started working in the fields in the summer picking fruits and vegetables to buy himself clothes for school,” Taylor recounted.

Through hard work and perseverance, his grandfather completed his bachelor’s degree while working full-time, built a business in the agriculture industry, and retired at age 55. When Taylor graduated from medical school, in an auditorium holding over 1,000 people, he could hear his proud grandpa shout above the crowd, “Way to go, Gregory!” His grandfather died from cancer in 2021.

“I believe a lot of the drive I have comes from both my mother and my grandpa, and that’s something I will carry with me forever,” said Taylor. 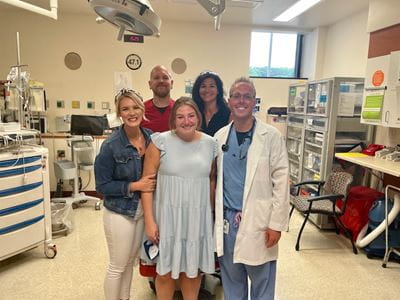 That never-give-up spirit is what prompted Taylor to keep fighting for Oxley’s life well beyond what many would think reasonable. The 24-year-old student came into the ER clinically dead. Despite several rounds of CPR for nearly 40 minutes, Oxley had no pulse. But Taylor and his team kept going. Oxley is now fully recovered and working on her second master’s degree at Ball State.

“I’m grateful Ms. Oxley received such excellent care from Dr. Taylor and the outstanding nurses and team at Ball Memorial,” said Peter Pang, MD, chair of the Department of Emergency Medicine at IU School of Medicine. “We seek physicians who believe they can impact the world. It starts locally and combines with a heart to share the exceptional care provided at Muncie with other regions globally. Some, like Dr. Taylor, they go and serve.”

The chance to save lives—whether in Muncie or in the Air Force—is what keeps Taylor motivated.

“To quote Grey’s Anatomy, ‘It is a beautiful day to save lives,’” he said.