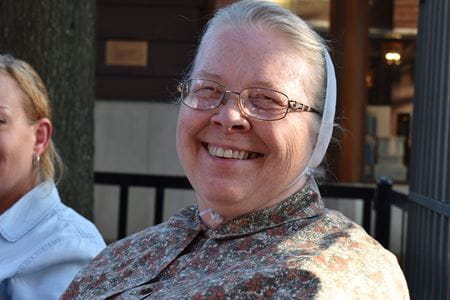 “It’s like a river flowing past you,” she said, looking back on her years of service. “You think, ‘Oh, how did I get that far!’ It sort of evolves right before your eyes.”

After 43 years with the Department of Radiology and Imaging Sciences at Indiana University School of Medicine, Lois Shuman retired from her position as educational coordinator for the residency program earlier this summer. To say she played an important role during her tenure is an understatement. Not only has she been a trustworthy figure to over 600 trainees through the years, but Shuman has also been an instrumental leader in the national Association of Program Coordinators in Radiology and received the 2019 Glenn W. Irwin, Jr. MD Experience in Excellence Award for her decades of service.

Since her arrival to the school in 1977, Shuman has seen every corner of the department transform and she’s played a vital role in its successes. She first began as a medical transcriptionist in the Division of Nuclear Medicine, where she would transcribe physician dictations from previous days’ cases. After a few years in the role, the position of secretary to the head of the division opened up, and it had her name on it. Later, she became assistant to then-chair Eugene Klatte, MD. In this role, she became more involved with residents. As her interests and passion for training grew, she would soon become the residency educational coordinator, a role she took on in 1989 and held until her recent retirement.

"Lois serves as an educator, 'mother', confidante, therapist, friend, leader and historian," said Himanshu Shah, MD, current chair of the department. "She doesn’t forget a face and she gets to know everyone she interacts with on a personal level. Lois has played an integral role in creating, shaping, defining and maintaining our department’s culture and traditional Midwest values. Our greatest asset is our people, and Lois will always be remembered as one of our best."


A library to remember

With such a long-term service to a department, one might wonder how Shuman got her dedication for learning. The answer rests in her father’s library. A pastor for more than 60 years, her father kept detailed notes for each sermon and had a collection of books from all perspectives and beliefs. From expressing kindness to others, doing your best and learning to listen more than you speak, Shuman’s parents instilled in her a strong work ethic and compassion which she brought to the department. Inspired by her father’s hunger for knowledge, Shuman has always understood the value in learning more.

“One thing my parents taught me was to always look it up,” Shuman said. “No matter what it is, ask questions and learn more.”

And she did just that. Once Shuman became the educational coordinator for the residency program, she knew she found something special. As residency rules and procedures would often change, and new residents and medical students joined each year—Shuman enjoyed the challenge to keep learning more.

“In other jobs, I’d eventually feel as though I had nothing new to learn,” Shuman said. “But even after 30 years as the coordinator, I still feel like I haven’t learned it all.”


A witness to history

From its achievements in research to its technological advancements, Shuman witnessed the department grow into one of the largest radiology departments in the country. Along the journey, she saw how advances like the invention of email drastically improved everyday tasks.

“For example, I used to make 350 copies of the conference schedule each week,” Shuman reminisced. “It usually took a whole day to send them by mail or post them to bulletin boards around the hospital. Once we started to use emails, it was like night and day. It took awhile to convince people to use it, but helped substantially." 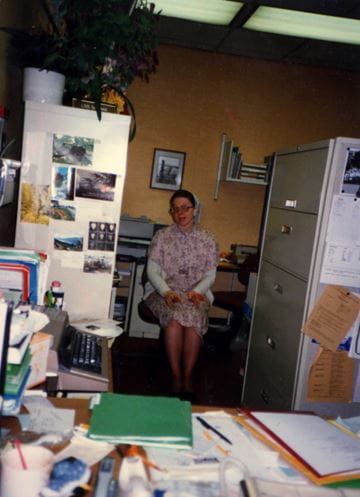 This was in the early 1990s and as email become the new standard, Shuman quickly embraced it as a new and improved way to communicate. In fact, word got out and people around the country began wanting to learn about her efforts and be part of this new way to connect.

“I'd send a daily email to the other administrative support staff, a quick to read 'Thought for the Day.' When I went to conferences, I'd tell people what I was doing back in Indianapolis and they’d say, ‘Could I be on your email list?’” Shuman said.

In addition to advances in communicating, Shuman saw the department not only show progress in patient care and research, but in its embrace for diversity.

“It happened a little bit at a time,” Shuman reflected, thinking back to when women finally became more prevalent at the school. “While we’ve had women involved in the department for decades, I remember when they finally were respected for what they did and who they were, rather than what they were.”

In fact, in the early 2000s, Shuman was present when the department brought on its first female chair, Valerie Jackson, MD, who currently serves as president of the Radiological Society of North America (RSNA).

Today, the department has created a Diversity and Inclusiveness Committee, which is committed to recruiting faculty, residents and fellows from varying backgrounds, as well as a Women in Radiology group that strives to create a sense of community among women radiologists through philanthropic endeavors, academic discussions, and outreach to girls and young women. 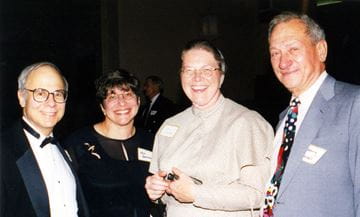 “Creativity shows up all over the field,” Shuman said. “Radiology is constantly advancing and coming up with new ways of taking images of people. It’s where science and art blend together. While other areas of medicine have creativity, the technology we use in radiology really pushes us over the edge.”


A garden left behind

"Lois has truly been a gift to the Department of Radiology and Imaging Sciences," mentioned Linda Altmeyer, education manager for the department. "Armed with a smile, a kind word and sincere attention, Lois made everyone feel welcomed as soon as they walked into her office. She has dedicated 43 years to caring for residents, their well-being and success. She will always be part of the Radiology family and will most definitely be missed."

When someone retires there's bound to be a void in the wake of their departure; however, for the Department of Radiology and Imaging Sciences at IU School of Medicine, Shuman's retirement feels more like a garden, planted and thriving. Shuman has left her mark on the department, enabling it to flourish in education and training for decades to come. Her years of expertise are unmatched. Her triumphs in resident training are felt across the country and throughout the field of radiology. There are few in the department who have not only been privy to so much change, but have also been the change.

As the first few months since Shuman’s retirement have passed, her name is still found in emails and heard in Zoom meetings. Her presence is still felt as the new resident recruitment year carries on. In the years to come when new staff and faculty join, hopefully they’ll ask questions and want to learn more just like Lois.

Having joined IU School of Medicine in 2016, Sonder uses a poetry and theatre background to help bridge the academic world with the creative. A graduate of University of Evansville, he works with faculty and academic staff to formulate unique, marketing ideas that engage the public with innovative research at IU School of Medicine. From writing stories on groundbreaking equipment to orchestrating digital marketing strategies, Sonder collaborates with experts across the school to help departments thrive in their marketing and communication ambitions.