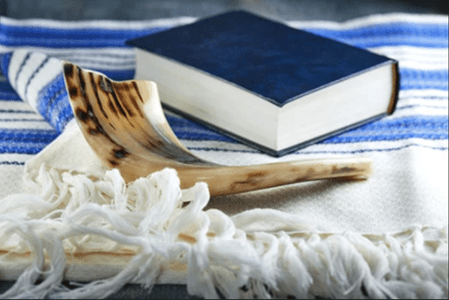 Many healthcare practices employ an interdisciplinary care team to provide holistic care for their patients. As a member of one of these teams, Rabbi Justin Kerber, a board-certified staff chaplain and rabbi at Congregation Beth Shalom, provides insight on spiritual care for Jewish patients.

What does a hospital chaplain do? What kind of training do they receive?

A hospital chaplain spends countless hours visiting patients of the widest possible variety of religious traditions, ethnicities, primary languages, sexual orientations, gender identities and ages, and frequently their family members as well. In such visits, it’s encouraged to provide an empathetic, listening presence, as just one member of the

interdisciplinary care team (ICT). Consulting with nurses, doctors and other members of the clinical staff to keep all of the other members of the team informed regarding patients’ and their families’ spiritual state, any interventions that were undertaken and the discernable outcomes. Also, the pastoral and spiritual care team helps reduce anxious feelings on the part of the patients and families and improves communications between them and the ICT. Chaplains don’t only assist patients and families but the entire facility too, providing spiritual or religious services for staff and sharing an inspirational message over the public address system.

What are the most fundamental aspects of Judaism?

Some fundaments of Jewish belief are having a benevolent, loving God, omniscient and omnipresent, who gives the Torah, a set of stories, laws and customs, to the Jewish people, known as Israel, after the third of its three patriarchs. By accepting the Torah and observing its laws, the people, Israel, enter a covenantal relationship with God. Some themes within Judaism are, God’s creation of the world and all its life, God’s revelation of the Torah to Israel, God’s redemption of Israel from slavery to Pharaoh in ancient Egypt, and so, too, will God someday redeem the world from suffering.

There is a wide variety of Jewish beliefs and practices after the evolution of Rabbinic Judaism and modernity which resulted in three major movements. Reform Judaism embraces modernity to the greatest extent, Orthodox Judaism embraces modernity the least, with Conservative Judaism taking a middle path between these two poles. More traditional Jewish people can be very stringent about the laws of Shabbat (Sabbath, a day of religious observance and abstinence from work) and Kashrut (dietary discipline); more modern Jewish people may emphasize spiritual uplift in prayer and Tikkun Olam, social action, sometimes called “repairing the world.”

What should providers know about Judaism to better serve Jewish patients?

It’s always best for providers to approach their Jewish patients and their families respectfully and get to know them personally, noticing how Judaism plays out in their lives. Providers should understand, though many religions have had difficult backgrounds and intersections, that they are different and not hostile. It is encouraged to ask respectful questions, particularly when they are relevant to the care plan. In fact, having the knowledge that Judaism and Christianity share a form of sacred text, Hebrew Bible (Judaism) and Old Testament (Christianity), and understanding that even this common ground makes them different.

What do you think is the most unique aspect of Judaism?

Unlike most faith traditions, Judaism is not only a belief system but also an ethnicity. In older generations, they usually insist that they were not white, they were Jewish, and everyone used to assume those weren’t the same. In that generation, the difference could be worth a person’s life. Jewish people sometimes refer to other Jewish people as “members of the tribe” and use tribal affiliation. It is possible to join the tribe if one is not born into it, but becoming Jewish involves a lot more than declaring a belief. Thus, it is entirely possible to be at once a strict atheist and a member of the Jewish community in good standing.

What are some of the religious traditions, rituals, and holidays?

Most Jewish holidays and festivals are relative to the Gregorian calendar. Of these, Passover is the most widely observed holiday in the home; even most secular Jewish families will attempt to hold or attend at least one ritual Passover dinner called a Seder. The Torah calls for eating only unleavened bread called matzah for the full seven days of the festival. Rosh Hashanah is distinguished by sounding a trumpet made from a ram’s horn known as a shofar. On Yom Kippur, Jews fast for a full day and deny themselves various luxuries, while asking one another and God for forgiveness for sins they may have committed in the past year, promising to improve themselves in the new year. Chanukah is a minor holiday but popular, in part, because it takes place during the secular holiday season. On Chanukah, Jewish families light an eight-branched candelabra called a menorah or chanukiyah, adding one additional candle each night until all eight are light on the final night.

What are some of the symbols of Judaism and what do they symbolize?

Some frequent symbols for Judaism are the two tablets of the 10 Commandments; the six-pointed star called the Magen David or Shield of David, which is supposedly the shape of the shield the Biblical David, King of Israel, carried into battle; a seven-branched candelabra called a Menorah, featured in the Biblical temple. It is depicted both upon the Arch of Titus, the Roman emperor who sacked Jerusalem and carried the menorah to Rome as a spoil of war and upon the official emblem of the State of Israel as a potent symbol of restored Jewish sovereignty.

What is the added value of spiritual care for all patients?

It is currently being proven that patients in better spirits have shorter recovery times and are less likely to be readmitted. We are all spiritual but not necessarily religious. Think of spirituality as the way all human beings attempt to relate to something larger than themselves and how human beings attempt to translate events into their meaningful personal narratives. A chaplain’s role on the care team is to take care of their patients and their families’ spirits much as the physicians’ role is to treat their symptoms. Sometimes patients and their families experience spiritual distress, that sense of broken belonging that we feel at times when events, such as a sudden illness or death, interrupt our sense of place in the community. By providing an empathetic, listening presence, chaplains hope to facilitate patients’ and their families’ ability to verbalize their experiences, process their emotions constructively, reduce spiritual distress by “walking alongside” the suffering for a little while and alleviate the systemic tensions among the whole group. When chaplains visit with a patient, family or care provider who identifies with a religious tradition other than their own, it is their responsibility to draw close enough to that individual’s belief system to provide support while still being entirely faithful to their own.

How can chaplains support physicians? How may they work together?

Chaplains are here to be part of a holistic care team--acting like a “lone ranger” is not doing the job well. Physicians have been grateful for many chaplains’ cultural awareness, for their ability to serve as a direct point of communication for the patient and family, and for helping the team understand what the family may not understand or may not appreciate. In ethically complicated situations, the hospital staff is welcome to involve a chaplain’s analysis. The physician’s recognition of the chaplain as a valuable member of the team strengthens all and helps improve patient outcomes.

What are some ways that providers can uniquely care for Jewish patients?

Jewish families appreciate the demonstration of cultural and religious awareness. Especially during a Jewish holiday, such as Passover or the High Holy Days, when gathering with family is especially important. On Passover, Jewish families would be very grateful for hospital staff who at least try to provide kosher food options when possible. Many families do not require strictly kosher food but would deeply appreciate having access to matzah or other non-leavened options. Most of all, clinicians should get to know their patients and their families at the individual level. They will let you know how you can best take care of their unique spiritual, cultural and religious requirements.

Spirituality in Medicine at IU School of Medicine

The vision of Faculty Affairs, Professional Development, and Diversity (FAPDD) is to develop a vibrant, diverse community where each faculty member has the optimal capability to make meaningful contributions to their career goals and the institution’s mission. The development of the Spirituality in Medicine series from FAPDD, brings a focus to the impact spirituality has on the care of certain patients and how it can assist physicians and healthcare providers. Read more about Spirituality in Medicine from IU School of Medicine: Buddhism, Hinduism and Islam.