Toxoplasma at the wheel: Study reveals how a dangerous parasite controls its host cell to spread around the body 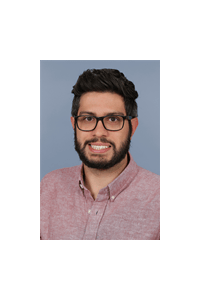 Researchers at Indiana University School of Medicine have discovered new information about how a dangerous parasite takes control of a patient’s cells as it spreads throughout their body, an important finding that could help in the development of new drugs to treat this infection.

“The parasite essentially hijacks these cells, using them as vehicles to get to various organ systems, including the brain,” said Leonardo Augusto, PhD, a postdoctoral fellow in the Department of Pharmacology and Toxicology and lead author on the National Institutes of Health-funded study, which was recently published in mBio. “It’s like the parasite is taking the wheel of its host cell and using it to spread around the body.”

Toxoplasma gondii infects up to one-third of the world’s population. People typically become infected with it through exposure to cat feces, which is where it goes through its reproductive phases, or consumption of contaminated food and water. The parasite causes life-threatening issues in some patients because of its ability to disseminate to the brain. In the brain and other tissues, the parasite persists as a latent cyst, waiting to reactivate if immunity should wane, such as what happens in HIV/AIDS patients.

“One of the key problems in battling an infection like Toxoplasma is controlling its spread to other parts of the body,” Augusto said. “Upon ingestion of the parasite, it makes its way into immune cells and causes them to move—a behavior called hypermigratory activity. How these parasites cause their infected cells to start migrating is largely unknown.”

The team’s new research is shedding light on this important clinical question, discovering that the parasite trips an alarm system in its host cell that leads to the activation of a protein called IRE1. IRE1 helps the cell cope with stress, which can involve getting it to move to a different location. In cells infected with Toxoplasma, IRE1 connects to the cytoskeleton, a network of structural proteins that gives the cell its shape and coordinates movement. By engaging this network through IRE1, Toxoplasma takes the wheel and causes hypermigration.

“When we infected host cells that were depleted of IRE1, they could no longer move,” Augusto said. “These cells were greatly impaired at disseminating Toxoplasma to the brains of infected mice.”

These findings reveal a new mechanism underlying host-pathogen interactions, demonstrating how host cells are co-opted to spread a persistent infection. A better understanding of this pathogen dissemination is helpful in the development of new drugs to curtail the spread of a Toxoplasma gondii infection throughout the body.

Read the full study in mBio, a journal affiliated with the American Society for Microbiology.