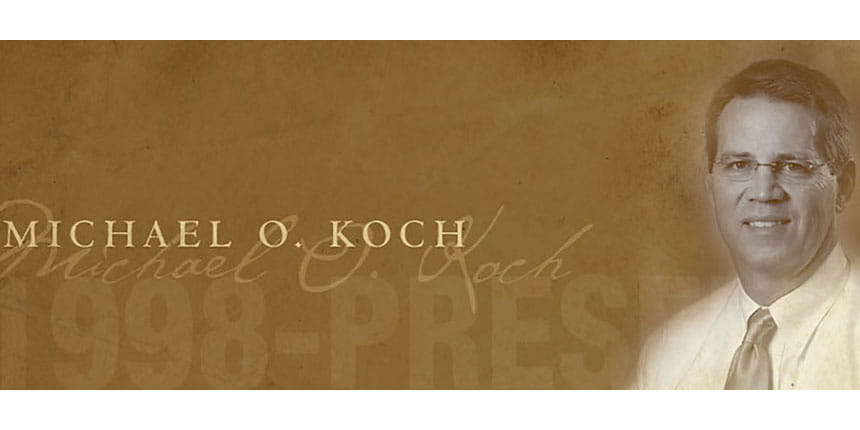 Michael Koch, MD joined the faculty and became chairman of the Indiana University School of Medicine Department of Urology in 1998. He had previously been a member of the faculty at Vanderbilt University for 12 years.

Koch has served in many roles for urology nationally. Koch is a previous trustee and past-president of the American Board of Urology, past-chairman of the Examination Committee for the American Board of Urology, past-president of the Society of Urology Chairpersons, past president of the Society of University Chairpersons and a member of the GU Surgeons and the Clinical Society. He is currently the chair of the Residency Review Committee for urology training programs. He has been continuously board certified since 1983 and is a fellow of the American College of Surgeons. He served as chairman of the board of the specialty physician group at Indiana University School of Medicine and serves in multiple capacities for his specialty, IU School of Medicine and Indiana University Health. He also completed a term as one of the founding board members of the Indiana Clinic.

During Koch’s tenure as chairman of the Department of Urology, the department has more than doubled the number of faculty and has risen from the 21st to the 13th highest nationally ranked urology program in the United States. Advances have been made in minimally invasive and robotic surgical techniques. During his tenure, advances have also been made by Richard Rink, MD in genitoplasty, including modifications to total urogenital mobilization. The pediatric division has one of the largest volumes of bladder reconstruction in the world.

Summary by Robert A. Garrett, MD

Urologic education and graduate training at Indiana University Medical Center and Medical School has made notable contributions to the discipline for over a century. Nine of our people are or have been heads of their departments or divisions at leading medical institutions. A large number have been chosen to head national and international urologic organizations. A residency program that was inaugurated in 1946 on very modest terms has become one of the nation’s leading and most sought after training programs. Clinical research has led to dramatic reduction in mortality in at least one area of neoplasia, namely testis tumor.

The pediatric division has long been on the forefront of reconstructive surgery. Our trainees are scattered about the country giving us a nation-wide spectrum. With the expansion of the physical plant from the Long, City, and Riley Hospitals of the early decades of the century to the present extensive facilities of those three surviving structures augmented by the Veterans Hospital and the Methodist Hospital the department has more than kept up with the nationwide explosion of medical facilities. From a volunteer staff of charitable, generous urologists unable to cope with the demands of modern medical education, to the present full time staff a quiet and harmonious revolution has taken place. All-important contact with national leaders in the specialty continues on a very regular basis through visiting professorships and lectureships. Our own staff is in regular demand for those duties at other institutions. Two of our department, Dr. John P. Donohue and Dr. Wishard, Jr., have received the Guiteras Medal, which is the highest honor bestowed by the profession. 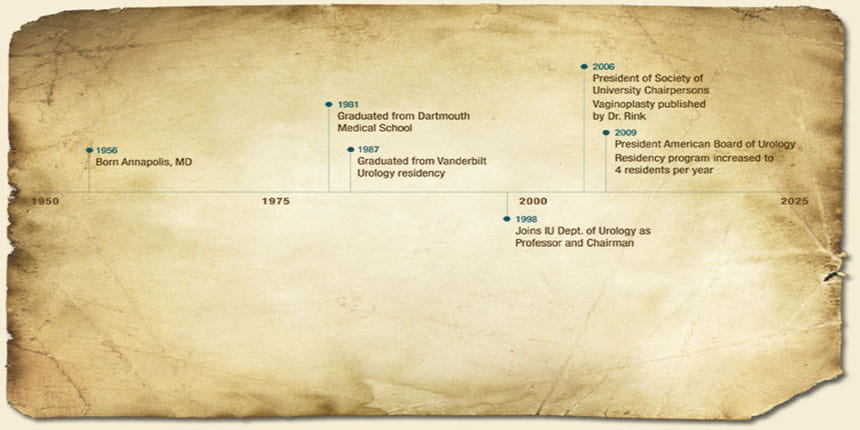