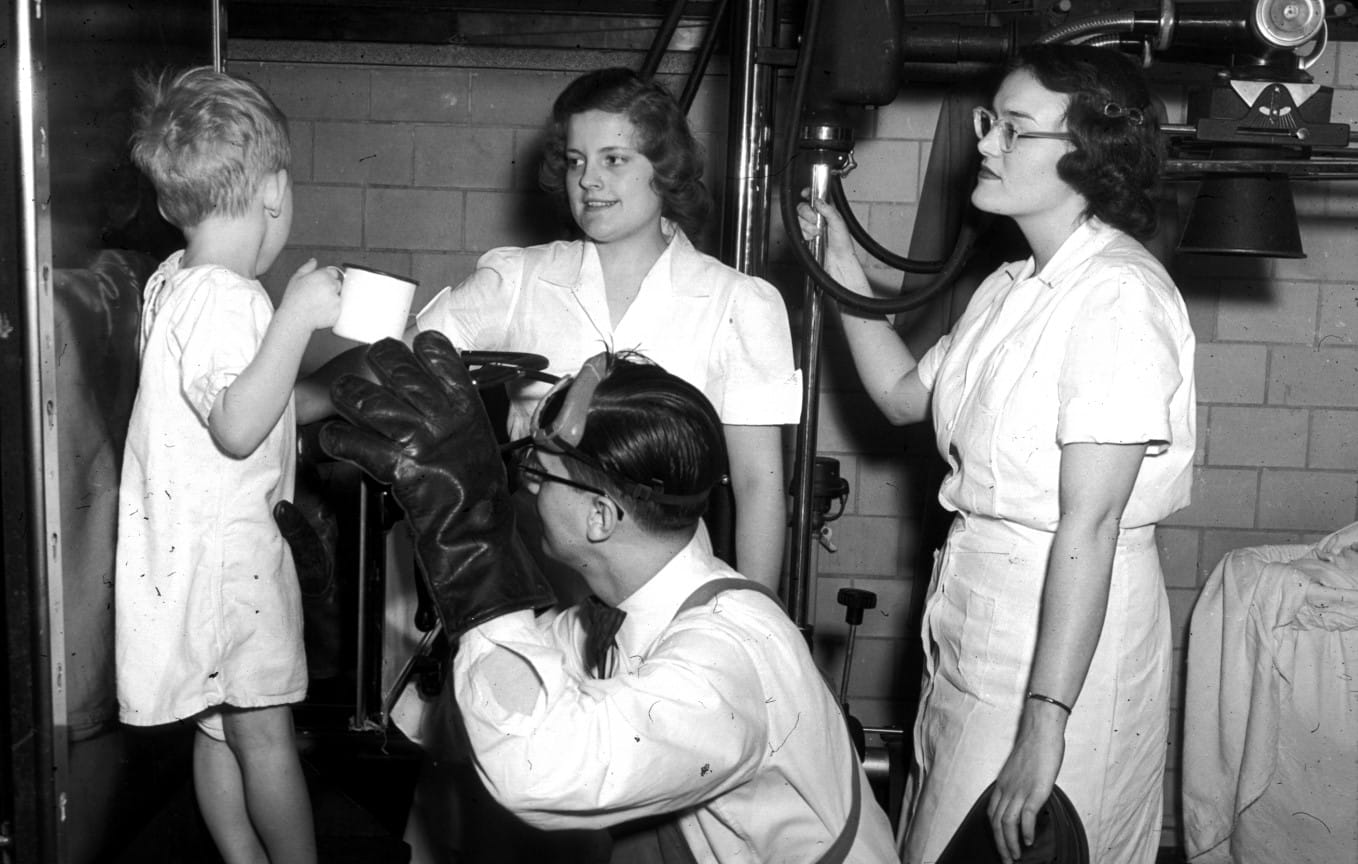 Radiology has been a part of the Indiana University School of Medicine almost from its first days as an institution. The department has grown to become one of the largest academic radiology departments in the United States. The department was officially established in 1947 with Raymond Cole Beeler, MD, serving as its first chair; prior to that time, radiology had been a division of the Department of Medicine. Growth in the department has always been pushed forward with a new chairman. Beeler brought strength to the university’s medical education program. He added additional faculty, growing the section and acquiring new equipment.

In 1971, Eugene C. Klatte, MD, became chair of the department. Increased space was assigned to the department and medical school administration together with Klatte shuttled in enormous department growth, with plans to make IU School of Medicine a major academic radiology center. The department gained new and more efficient equipment and expanded its services. Klatte was a visionary to see possibilities ahead in the field of radiology and worked to poise our department at the forefront of innovation.

Robert Holden, MD, became chair of the department in 1991 and served for four years, at which time he became dean of the medical school. Holden identified a future vision and marshaled the resources to carry through with it. Holden centered his attention on three areas of teaching, clinical radiology and basic research.

Mervyn D. Cohen, MBChB, MD, served as department chair 1995-2002. He was supportive of new methods and new ways of thinking in the department. One of the most important steps taken by Cohen was to empower the faculty to get involved in determining future goals and solutions for the department. Cohen’s vision had a strong business approach, focusing on the future – on vision, mission and strategic initiatives for the department. Goals included achieving excellence in clinical care, teaching, research, and now service to the university and the profession.

In 2002, Valerie P. Jackson, MD, became chair of the department. Under her chairmanship, the department achieved a single source of radiology services for the newly established Clarian Health Partners. The number of full-time faculty had grown over the years, nearly 15 times the number of full-time radiologists in the department just 50 years before the Jackson years. The imaging sciences research division continued to grow under the leadership of Gary Hutchins, PhD.

In 2014, Himanshu Shah, MD, assumed leadership of the department and held the chair position until July 2021 after he was named president of IU Health Physicians and executive associate dean for clinical affairs at IU School of Medicine. Currently, Jeffrey Dunkle, MD serves as interim chair.

A department chair always ushers in a new phase of growth for the department, and that is proving to be correct as new faculty and cutting-edge equipment are being added every year.